... And months later, after I had abandoned the comic because I was taking an hour or longer to draw a single strip, I would be tinkering with a game engine, and the idea to rekindle the comic would come up. I printed up a screenshot of the game, tried drawing in a similar style, and knew it was right. 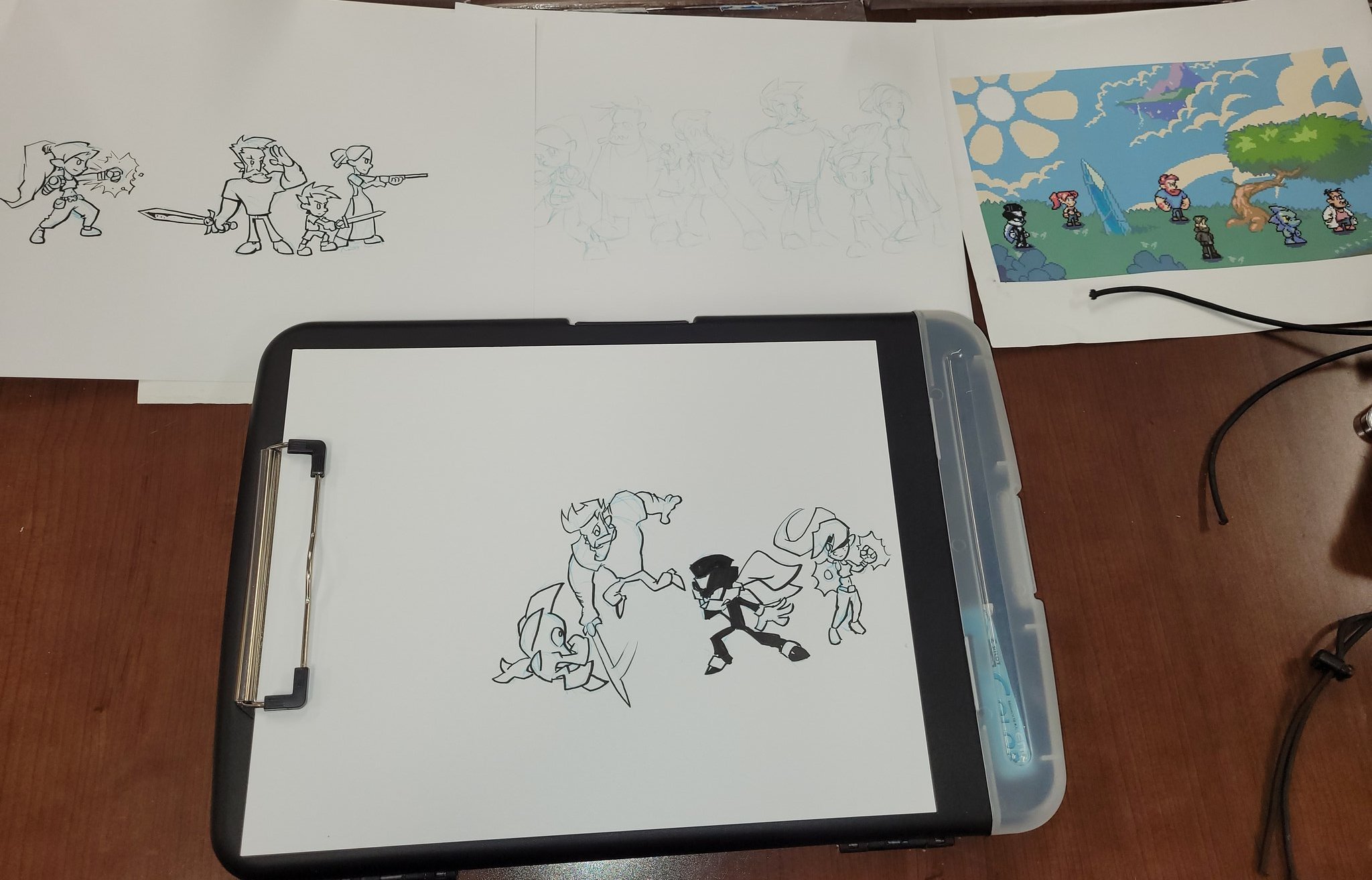 Trying to make the comic a cheap, fast, prototype was a good idea and a terrible idea all at once. Bunny Trail Junction is my garden of ideas. My place to make sure my stories exist and can be enjoyed, even if I never have the ambition or resources to take it farther. But roughly an hour after I finished this strip, I knew it ought to be launched, I ought to put as much effort and love as I can in it.

And I began work on Hat Trick.

September's only a few days away. If you can't find a link to the next chapter of Hat Trick on the support page today, it'll be there soon.