Yesterday, I noted the idea of using game graphics interchangeable between a sprite comic and a video game. But I developed the idea even further than this. I thought, "why not create HD versions of the sprites and backgrounds? It would work way better in print!"

And indeed, it does. Although both of these gameboy-esque colored comics look pretty nice in the monthly, which you can acquire on the support page.

I decided not to go this route for now. But I hate redrawing things. Especially backgrounds. So it's gone, but not abandoned forever. 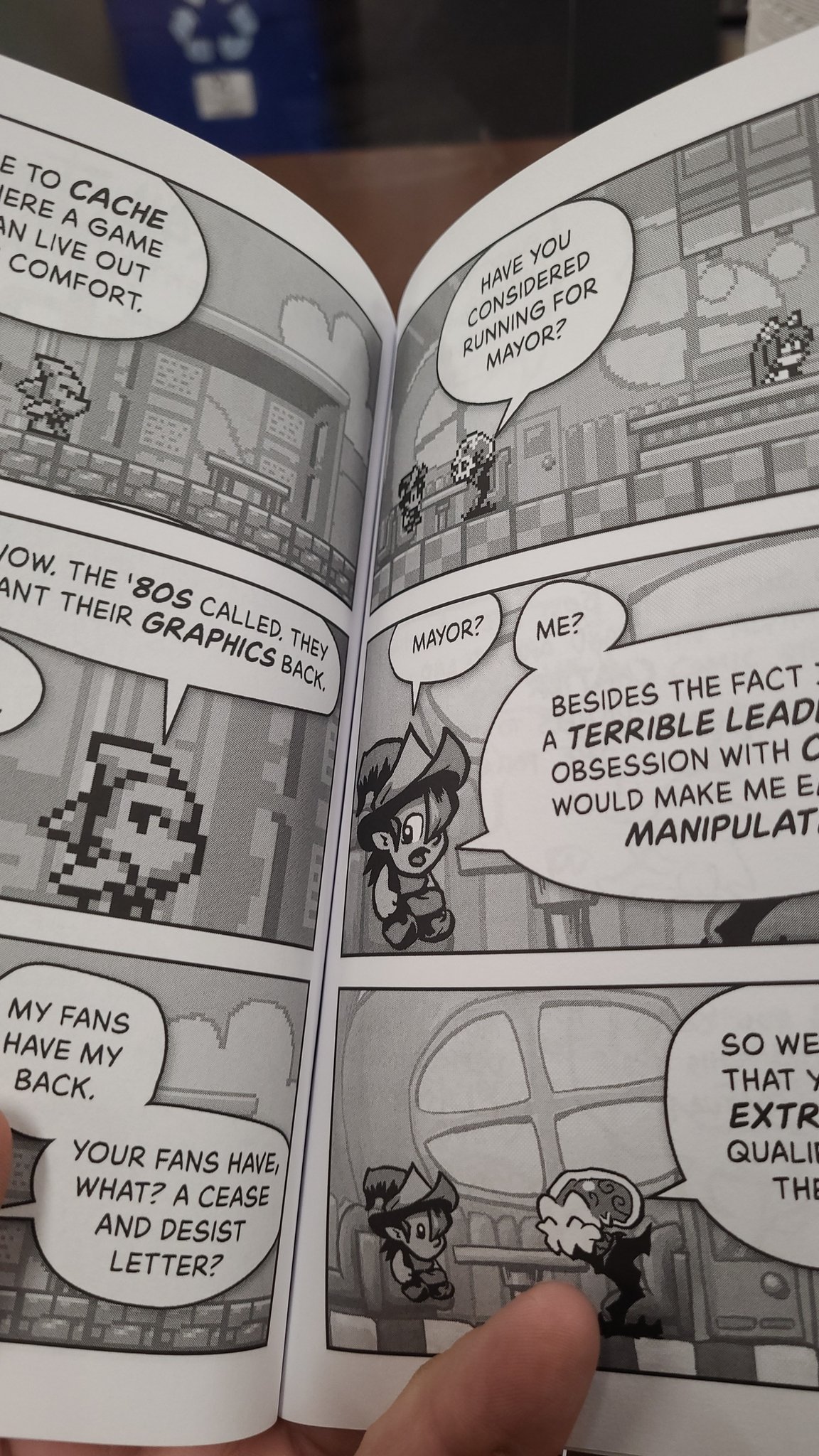 Candy the Witch is exempted from the Sharealike license that applies to the remainder of this comic, for reasons I alluded to yesterday. Feel free to share this particular comic around, but while you are free to spin off any other character, kindly leave her alone until the sordid details of who I have to pay off and why are sorted out.